7 weeks till we get the train to Penzance!
Please donate on our just giving website for this charity ride!

We rode a century today, 100 miles! hell yeah! This is the furthest we have ever ridden!
First century ride, as i write this i am not itching to do a second one.
It hurt a lot, we probably shouldnt have included a 1000ft hill towards the end either!

We have ridden part of this route before when we did an 86 mile ride just to see if we could go that far. Months later and after much training it seemed a good idea to knock off a century, so Steve modified our route slightly and off we went.

Two hours ride up the A6 to Lancaster, a 4x4 with a horsetrailer came ridiculously close to me as it passed, i jumped out of my skin, Steve - 'you coulda got in that horsebox mate!' then over to Bentham. The A65 past Settle was bad to ride due to so much traffic, we went fairly quickly to get off that road. Such a big difference between riding quite country lanes with the birds for company to a hectic dual carriageway on easter sunday. We stopped for lunch in Long Preston on a random bench on the village green. 5 hours riding 55miles on the clock.
Steve - 'Were halfway there", Me - "I am knackered!".

After lunch it got hillier, culminating in Easington Fell, we sat at the top on the floor, cackling slightly as we still had 30 miles or 3 hours riding to go at that point.
This was all soon forgotten as we dropped down 700ft in about 3 miles, flipping unbelievable! Like being on a rollercoaster, our new personal best top speed achieved, 41mph, thats pretty quick on a laden touring bike, dont fall off at that speed!
We then churned through Clitheroe, creaked through Longridge towards home, worked out we werent going to hit 100 miles and had to ride round the block for a couple of miles to toggle over into being centurions. ha ha ha brilliant! 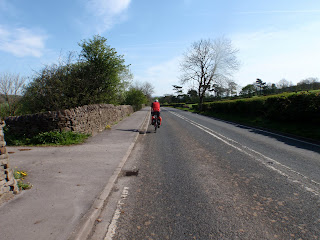 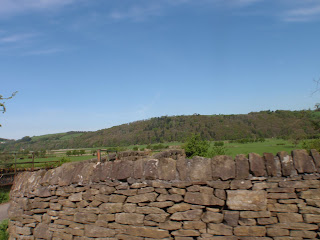 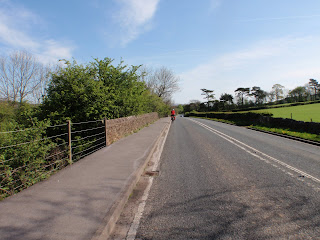 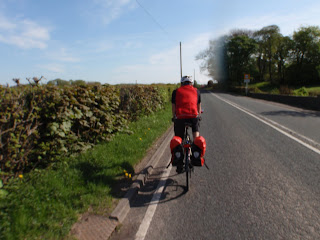 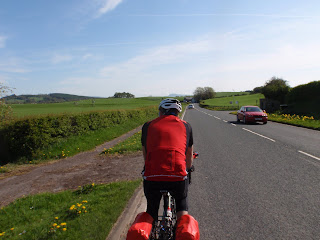 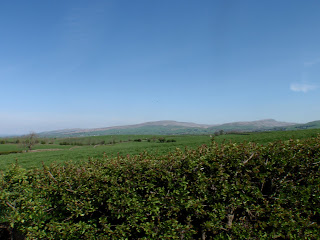 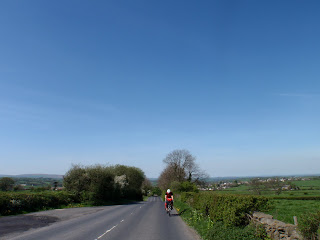 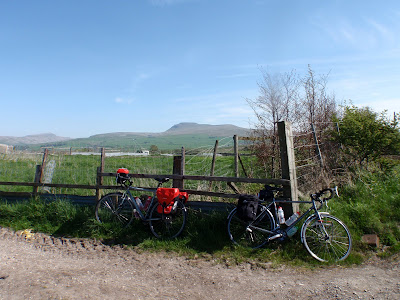 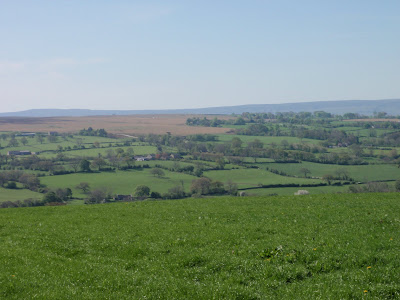 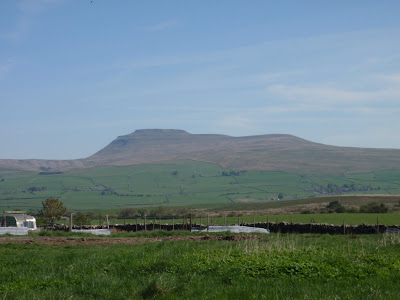 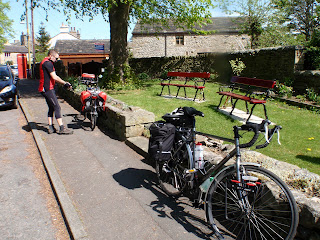 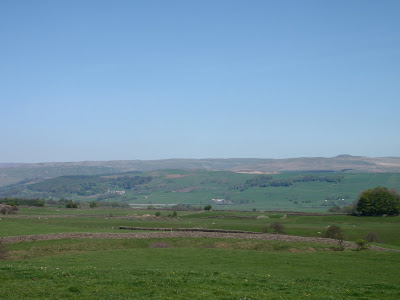 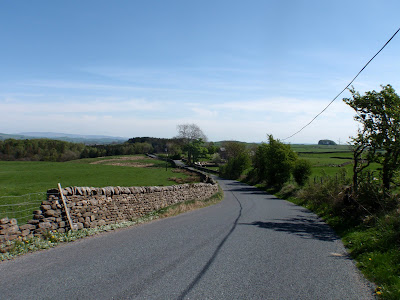 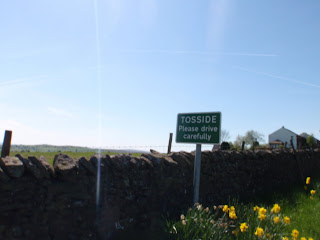 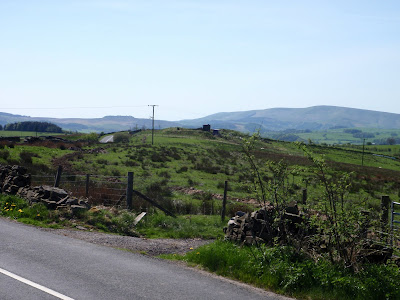 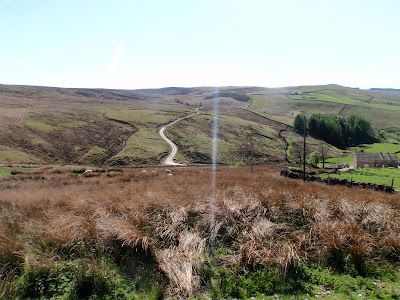 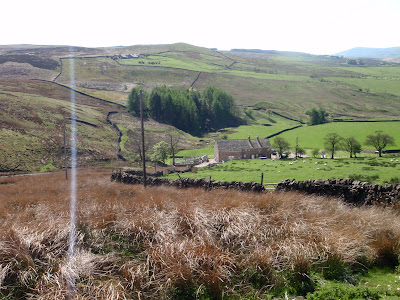 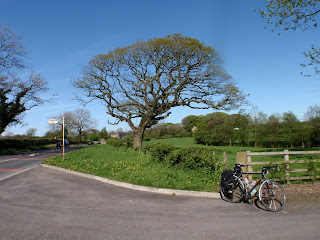 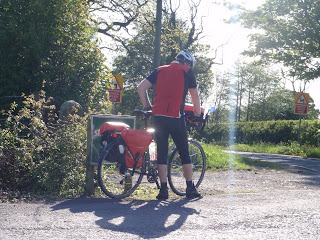 This was the hardest ride weve ever done, parts of it were unbelievable, the yorkshire dales are fantastic. Parts of it were very hard, its a bloody lot of miles, i am not going to discuss chaffing, and why you need chamois cream on long rides...
and I never got my f###### icecream either!

I went out this morn in the glorious sunshine, its still deceptively chilly!
South down A6, then across to Weelton, then off towards Blackburn, didnt have a route planned just made it up as i went along. Added plenty off hills too.

Also Ive scratched the lense of my camera with caving grit, not a happy bunny :( 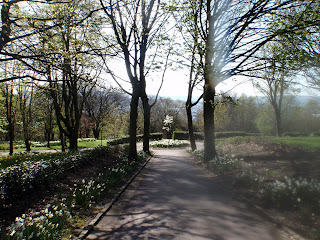 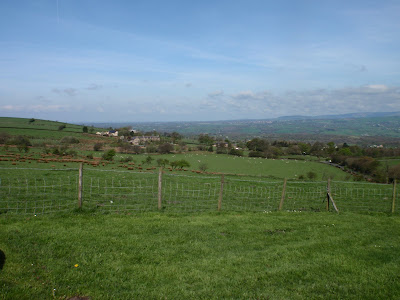 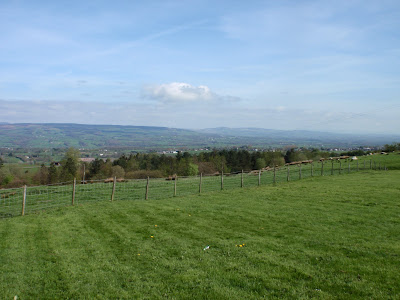 Away from LEJOG for a min I've just finished my first project bike its for my son he wanted a fixed speed, so i searched high and low for a donor bike it had to be steel and Reynolds is the best eventually found a old Ribble with a 531 competition frame at the right price. I striped it all down resprayed it sold parts i didn't need, the only original parts are frame, forks ,saddle, stem, modolo brake caliper and one lever and bars which i turned over and chopped. total build time from start to finish 3 weeks and I'm really chuffed with it and rides like a dream, don't know whether i fancy doing LEJOG on it but it would be a challenge Mmmm!!.
Hope you like pics cheers Steve. 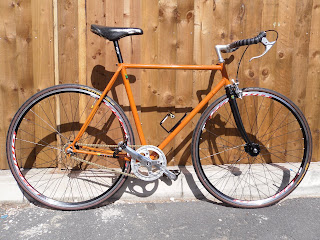 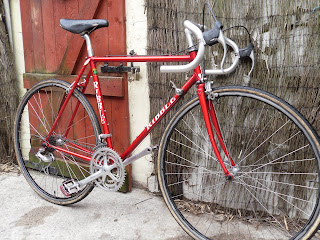 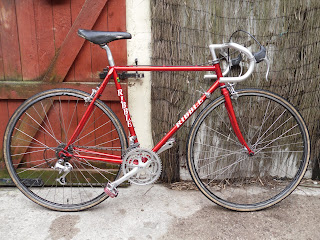 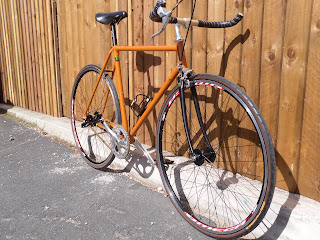 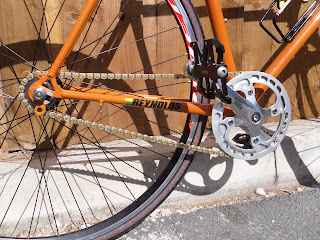 The full route bottom to top!

Well here it is our full route, only ten weeks then where off started to get butterflies and thinking is everything sorted and booked. Just the train tickets to get on Saturday and get the bikes on the train but I'm sure it will be fine, Still got loads of time for training and sorting out what kit to take.

http://www.facebook.com/album.php?aid=284741&id=521651923&l=6c57a29b6b
Just a quick ride today and a brief post, mostly cos I am going to the pub with the family!
Set off eight thirty, a quick 27 miles, I was creaking from yesterday, but after a warm up and about half an hour I was well into the ride! Couple of hours, by-passes and country lanes. Weve noticed we do seem to perform a u-turn on every ride? but i suppose noticing a wrong turn early is ok, cos your constantly on the move.
10 weeks to go! yeah!
Cheers
DB
Posted by Dave at 14:54 No comments: