Here are some pictures from an early ride back in Feb. I went down Old Tram Road near Bamber Bridge, Preston, to Avenham Park and along the River Ribble.  Its a decent cycleway and it was so early I pretty much had the park to myself! 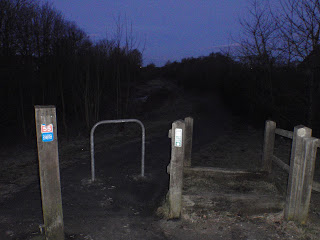 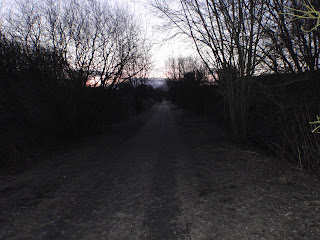 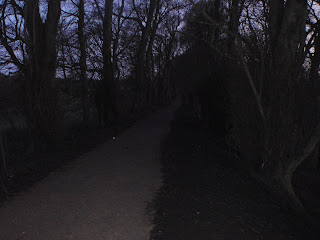 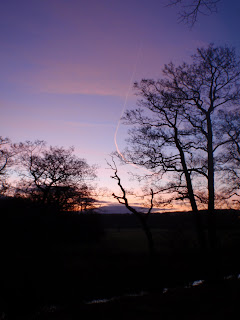 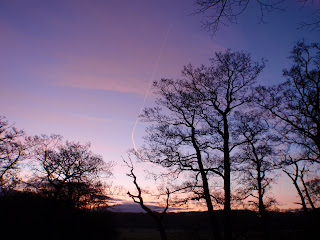 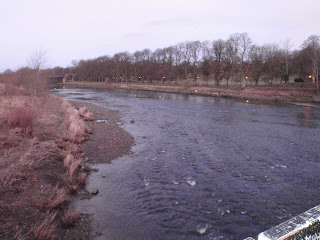 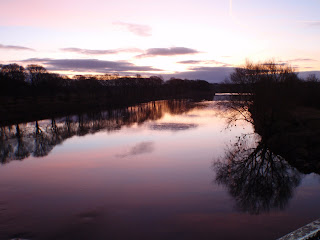 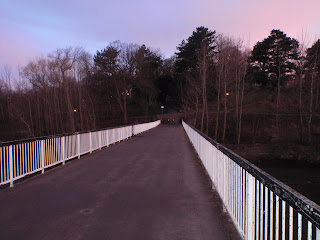 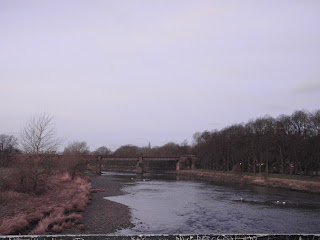 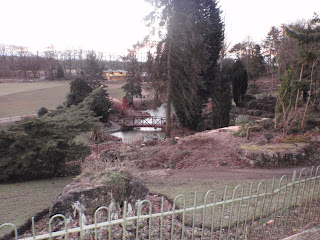 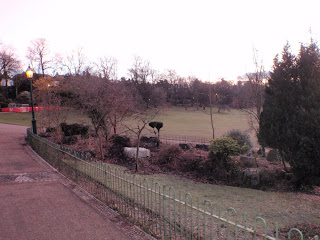 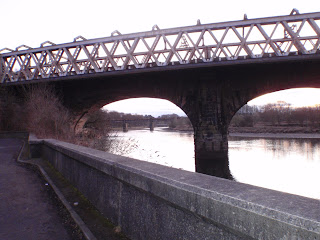 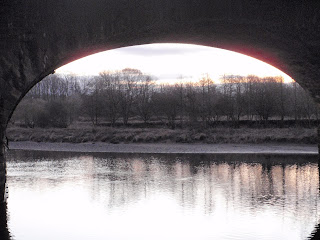 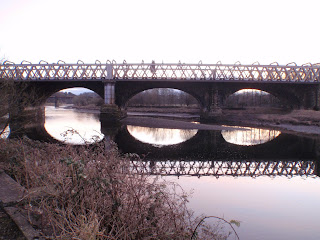 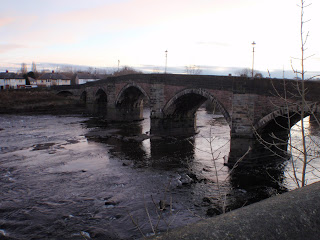 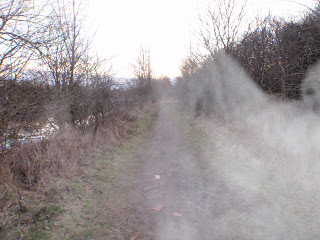 As part of our research and preperation for the trip we bought this DVD:
http://www.jollygoodtv.co.uk/lejog.html
Its really good, covers a lot of useful topics - training, food, bike mechanics, stretching, route planning and a lot more.

We are taking twice as long and going a different route, but theres a lot of information to soak up whatever route or duration your doing.
Well worth a look, the price also includes a donation to their charity.
Heres the link to it on Amazon too
Lands-End-John-OGroats

(I am not linked to the makers of this film, I am not a salesman either! I just think its really good.)

Back in May, the day after buying my new bike myself and Steve rode from Bamber Bridge to Southport.
This was 20 odd miles Each Way!
Southport route (roughly)
At that stage I had never ridden anything near that distance, ever. We were out for about 5 hours, 45 Miles.
This was a schoolboy error, dont ride that far on a new bike your not used to, the way back was a world of pain for me. Time needs to be taken getting used to your new bike, the riding position, how it handles.

Since then I have had no problems with the bike and am quite happy to ride long hours. Your body adapts if you take the time and take it easy at first. We have a developed a routine of getting off the bike reasonably often, to stretch out and let your bum go back to its normal shape! 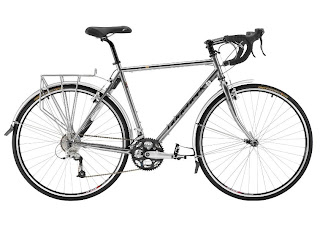 I purchased my Ridgeback Voyage touring bike back in May 2010, I love it!
I got the info below from www.cycle-heaven.co.uk


"The Ridgeback Voyage has been a roaring success for a couple of years and, as far as we have found, thoroughly deserved its plaudits. A classic tourer with butted Reynolds 520 steel frame (same as 525, but made under quality-controlled licence inTaiwan), heavy duty wheels, high quality Shimano components, cross top brake levers, mudguards, Blackburn rack and frame pump. That's a lot of stuff!

The Voyage is a bike designed from the gound up for the purpose of carrying large loads for long distances. The frame and the wheels are designed to take it. You can load up with 2 large rear panniers with a tent and sleeping bag between, 2 small front panniers and a bar bag. The Shimano Alivio / Deore mix 24-speed is low-geared to help you get everything up those mountain passes, and the Tektro canti brakes are powerful enough to keep your descent under control. You're all set for taking the longest self-supported route you've got time for.

Steel frames are ideal for touring bikes for several reasons: the inherent high strength of steel is a no-brainer for a bike that is likely to be laden front and rear: the inherent springiness (elasticity in geek-speak) of steel means that long rides are less jarring and more comfortable: this elasticity means that the frame is less likely to break during use with heavy loads (fatigue strength in geek-speak). It's possible to make aluminium strong enough to cope with touring loading cycles, but it's difficult to make it comfortable.


As well as touring, this bike would also make a very dependable, solid, longer distance commuter."

I got it from www.broadgatecycles.co.uk/shop/index.php which is a very good bike shop in Penwortham. 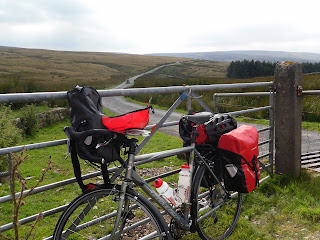 Steve got his Claude Butler in August on the bike to work scheme. The picture is from a Yorkshire Dales Training weekend we did in September. As I write this I am unsure of specs/details etc. I think he got it from Broadgate Cycles too. (As I write this its far too early in the morn to ask him) Details To Follow! 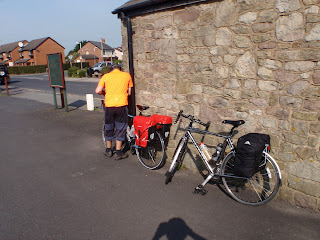 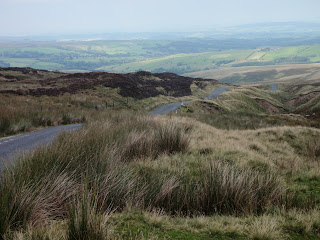 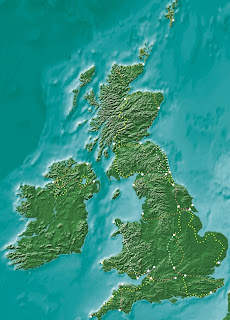 Welcome to our new LEJOG Blog!

Hello! In June 2011 myself and my brother in law Steve are going to cycle Lands End to John O Groats. We are doing it unsupported over two weeks, staying in youth hostels and friends houses.

The whole idea started back in April 2010, we were stood drinking beers in Steves kitchen. This is where all the best ideas come from! At first we talked about going building schools in Nepal, but quickly decided it was too extravagant a plan. Then Steve said, "You know what I'd love to do, ride LEJOG". After that the rest was easy ha ha!

Since then weve made lots of progress, I will add it on here shortly. We bought brand spanking new road bikes, trained lots, bought gear, and planned, planned, and planned some more. I am going to add the route onto here, pictures, gear lists etc. I also better tell Steve weve got a blog!